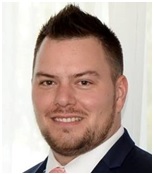 Lawrence is an advanced level coach with a silver coaching license. He has previously coached as a head coach for clubs in South Australia and Victoria and has helped athletes achieve both SASI and VIS scholarships.

Lawrence began his journey coaching junior athletes whilst pursuing his own swimming career at the LeFevre Portside Swimming Club, he soon progressed to coaching age groupers. In 2009 he moved to Victoria to pursue a head coaching position where he developed both age and open swimmers and in 2012 was named head coach of the SWD Target London Development Squad.

Prior to joining Tea Tree Gully, Lawrence was the senior coach of the Playford Aquatic Club, who were twice named a Swimming SA Club of the Year in that time.